The Struggle Is Real And Why It's Ok

Ok, so yet again, it's been a while since I posted a blog personally. I do blogs on my Music Talks website, but generally about music.
Since this is more of a personal kind of thing, I've decided to go candid.... really candid for the very first time.
I've always been afraid of saying what's really going on, but I think the need to share what I and many other people of my generation are feeling could be beneficial for all in knowing that you are not alone.

Here I am, growing older, dare I say the perimenopausal stage of my life, which has been going on now for a few years...oh god help me. And I know this is life in which all women have always faced.
However, dare I say, 'the struggle is real'.

Women who are parents of 'Gen Y', would only know too well, the battle of change with the introduction of the internet was introduced in 1990 by computer scientist Tim Berners-Lee.

Yes, I remember it well. So well, that at that time I was working part-time as a telemarketer trying to sell this concept of the 'Internet' to business.
So many businesses hung up on my ear. 😂  Yes, looking back now I find this quite amusing, as I'm sure you can see the humour.

Parents are now faced with this other world where we want to be there for our kids, but they have their own network of friends via the net. While in some ways this is ok, other ways it is detrimental to their own self-worth and value.
Women also feel at this point in their lives, lost, as their teens don't seem to 'need' them anymore.

But we know in our heart, our kids will always need us. Although there is an ache that can't be taken away, as our little babies are growing and exploring their own world.

Women are still seen as the primary carer for our kids, and if we choose to spend more time on our work or developing a new career, we are perceived as not caring for our teens.
Yet the way I see it, without our own sanity and focus on what the parent also wants, can be detrimental to the care of kids. I also believe that when your teenagers see you doing something for yourself, this is a great lesson to them, and find they are more likely to open up to you and talk to you more often.

Isn't it important to at least try to be happy within ourselves so we are more able to care for our kids?

Some women hit perimenopausal earlier than others, and this could mean the beginning of their mid-life crisis, somewhat earlier that when a man hits their mid-life crisis.
Our whole meaning of life is seriously questioned, while we look hard at who we are and what on earth are we doing on this planet, we often fall into depression for quite some time, while still trying to 'be there' for the family.

I've been there, and the depression was real, and it was deep. So much so, that I struggled on a daily basis to get into my part-time job as a medical receptionist, wondering how I would possibly make it through the day. Shaking, migraines, and total out of body experiences, and all at the same time trying to manage two daughters who were going through their own struggles and demons.

I received daily phone calls from schools, emails about why my daughter isn't doing her homework. (now in the midst of everything, do you think I was really concerned about her not doing her homework.)
But the teachers or the school system, at that point, truly seem to lack awareness of the point of desperation and exhaustion the family was in.
I also felt that the school wasn't really listening to the parent. The parent who knows that something is not quite right with their child/children, but the school failing to listen as to why my child is not doing her homework.
Now after falling through the cracks for so many years, my eldest daughter, who turns 17 in November, has consistently floated through her schooling, amidst her fair share of depression, anxiety, OCD, eating disorder, to only find out in the last 12 months that yes....mother was right after all.
She was one of the unfortunate statistics who has been misdiagnosed, having found she is on the spectrum.
In fact, the older she gets, it's actually more obvious than when she was little.

Although I do also have another daughter to worry about and is high functioning autistic, this is also a guilty feeling, not being able to share or split myself up between the two girls.

QUE THE LACK OF FAMILY SUPPORT

In this modern day of ours, there's little or no family support, due to so many reasons. (loss of mother 10 years ago)
One could be that women want to be created equal.
Well to a point we do, my main point to be created equal would be to be heard and not underestimated in our way of thinking, or not to be recognised as someone who knows anything because we are women.
This is something I've thought about in the music world. I thought, heck, I don't care, I will share what I do know and along the way, I will keep learning.
This has been one of the best decisions I have made and to pass on to my girls. Never stop learning.

Unfortunately, so many of our teenagers or people in their 20's don't yet understand this and think they just know it all. You NEVER know it all.

By taking the leap into building Music Talks, while it can be frustrating and exhausting at times, and there has been the occasion where I just feel like throwing it all in, it has given me a purpose. To continue with my LIFE.
And while I have received the very occasional spitting in my face via social media, I've realised the position of these people and where they are currently at, in their own lives.
Hey, I see many mistakes on many other sites much bigger than mine who have an entire team behind them. I also have had articles in which have been written about me, where not one piece of information is actually true or correct. So what do I do...nothing...I just throw my hands in the air and say, oh well. I really don't worry about it, as there is more in life to worry about if you want to worry. It's a choice, you either let it get to you, or you don't.
Besides, being critical isn't going to get you anywhere. This would not be considered constructive.

Quite often, it's when I'm placing scaring gel and wrapping my 14-year-old daughter's arms and legs up from the self-harm she has inflicted upon herself and trying to prevent her from committing suicide, which is the current dilemma this mumma and her daughter are facing. I've hit the publish button with the mistakes in it in a hurry, just to run out and tend to my daughter with the intention of checking it.....but time has ticked on.

These are just a very few of my personal battles. To those women who struggle to hold up the fort and continue to push through on a daily basis, you are not alone. But I have learnt a few things, and I really hope this helps.
Firstly, don't stop your anti-depressants, 😚  find your purpose, if you don't know what it is, start something that at least interests you, build it up, find and make some wins.
I'm by no means saying it's easy, if it were, everyone would be doing it. It's bloody hard work. But if my Music Talks site wasn't running, I don't think I would be as helpful to my girls. It gives me an out. I don't think it's selfish at all, I actually think if it helps you as a person, you are a better help for your kids.
First and foremost are the health and wellbeing of my girls.
In this time of our lives, remember, we are really the first generation having to deal with what we knew it to be, before the internet and what we were doing as kids, and then trying to adapt to a whole new world and finding the middle ground in trying to understand and getting a grasp on what our kids are lead to and what they actually think they enjoy.

Like anything in life though, unfortunately, so many don't really appreciate what you have.
Look at what you already have, look at what we had as kids, how lucky were we then. How lucky are we now to be able to have the knowledge of both sides of the world we now know, and to teach our kids.

If kids now go outside to a national park, they absolutely love it, and so do we. (although it can be hard to get them out) I recently took my two girls and the two dogs to a dog beach not far from where I live, and it was bliss. Something so simple cost nothing (other than parking money and a burger and fries on the way home).

Yes, ladies, we are all in this together, and we can get through. It's ok to feel tired, sweaty, crying...but you don't have to feel alone. The more people who understand what it is that we feel and are encountering in this brave new world, the better everyone will be, including our families. It's Ok. And if there are those very few women who don't feel they can open up just yet, that too is ok.

I just know that I can look back so far and now see what has helped me, looking at the comparison into who I was a few years ago, to who I really am. I know the person I was for quite a few years, was not really me.

You just have to believe and remember, we are only human. 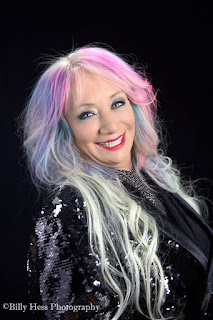 How to Choose A Website/Builder and Host For Indie Artists

Is Playlist Streaming Hurting the Artist?